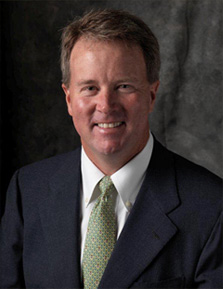 Bob has been practicing law for more than twenty years. He is a tough negotiator and works hard to get great results for his clients. He is passionate about his work and always takes the time to explain the law to his clients, so they can better understand their rights. If you have a question, just call him up and ask!

Bob has been a practicing Seattle attorney in the area of personal injury litigation, including Jones Act maritime injuries, for more than twenty years. Captain Anderson graduated from Seattle University School of Law in 1997. Before that, he was a licensed commercial mariner, having spent nearly twenty years at sea. After becoming a lawyer, Bob worked for the Seattle defense firm of Bauer, Moynihan and Johnson, primarily in the area of maritime personal injury defense. Today, he and his law partner Wayne Mitchell represent crew members injured on or near the high seas as well as clients injured in car and motorcycle accidents, bus accidents, industrial accidents, and slip and fall accidents. He is a member of the Washington State Bar Association and the Oregon Bar Association. He is a former member of the board of the King County Lawyer Referral Service and the Washington State Association for Justice and is a current member of the Maritime Law Association.

Before he became a lawyer, Captain Anderson worked in the marine industry for several years, first as an officer with the National Oceanic and Atmospheric Administration (NOAA), then as a member of the Masters, Mates and Pilots Union. Bob has sailed on over a dozen ships in his seagoing career, sailing in the Atlantic, Pacific and Arctic Oceans. He’s spent a considerable amount of time in Alaskan waters, working out of the ports Dutch Harbor, Kodiak, Nome and Ketchikan. While in law school, he taught survival-at-sea as an adjunct instructor at the North Pacific Fishing Vessel Owners Association. Captain Anderson holds a current United States Coast Guard license as Master of Motor Vessels of Any Gross Tons upon Oceans. Translation: he is licensed to captain all ships, all oceans. It goes without saying that Bob’s extensive maritime experience gives him a unique and valuable perspective in the area of maritime claims.

When he’s not working on behalf of his clients, Bob enjoys bicycling, motorcycling and fly fishing.

Contact Us
Practice Areas
Client Reviews
★★★★★
I'm so glad the lawyers at Anderson & Mitchell were there for me. The result of their work has changed my life! I can now move on with my life without financial worry. I'd recommend Anderson & Mitchell to anyone who needs a good lawyer! Eric W.
★★★★★
I was very pleased how Mr. Anderson kept me informed of the progress of my case. He was easy to talk to and took the time to explain things. My injury case was settled in a very professional manner and I was pleased with the outcome. Thank you! Dana B.
★★★★★
My case was unusual and needed creative lawyers to see it through. Bob and Wayne were there for me every step of the way. I have since referred several friends to them for legal help. They do a great job! Randy N.
View More
Submit a Law Firm Client Review